What are you listening to right now?

This is for all non-EC or peripheral-EC topics. We all know how much we love talking about 'The Man' but sometimes we have other interests.
Post Reply
4055 posts 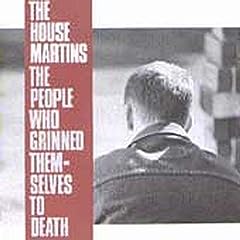 And now "Somebody Changed", lovely song from this album :

Who Shot Sam? wrote:Ah, that's the new one, isn't it? How do you like it so far?

I haven't bought the CD yet, just downloaded a couple of songs.
Top notch stuff, not dissimilar to Strange Geometry, though the reviews might be right in saying the songs (some of them at least) are more upbeat.
Dreamy, tuneful pop at its very best.
If you don't know what is wrong with me
Then you don't know what you've missed
Top

Miles Davis: Pangea - Live in Japan. (not for Miles beginners)

Isn't it hard to love a band called The Clientele? It's such an ugly word,, and almost impossible to hear without thinking of the seedier side of prostitution.
There's more to life than books, you know, but not much more
Top

Talking of XTC, the Eno song Backwater from Before and After Science is spinning on the excellent Maconie and Radcliffe (new combo!) Radio 2 evening show. Sounds like Andy Partridge listened long and hard to this song and decided he would pretty much take his cue from it. The melody and singing style are instantly reminiscent of him. Is the rest of the LP. One of those legendary records I still haven't checked out...
There's more to life than books, you know, but not much more
Top

For the first time in ages, When I Was Cruel. Enjoying it VERY much. I'm in anticipatory mode for the show in DC on Friday.
Top

Episode of Blonde! Lyrically brilliant, I think.
"The smarter mysteries are hidden in the light" - Jean Giono (1895-1970)
Top 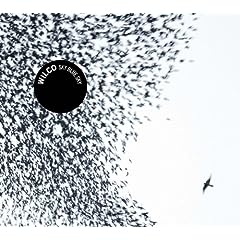 Wilco's Sky Blue Sky, which just came out yesterday. Definitely a lower key affair than their previous two albums. It's rootsy without being overtly countryish, though there's elements of all sorts of classic influences. My favourite track so far is probably "Walken," but the whole this is growing on me.
This morning you've got time for a hot, home-cooked breakfast! Delicious and piping hot in only 3 microwave minutes.
Top

I was moving slowly this morning so decided on this: 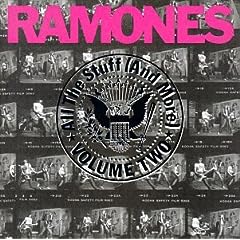 Wilco's Sky Blue Sky, which just came out yesterday. Definitely a lower key affair than their previous two albums. It's rootsy without being overtly countryish, though there's elements of all sorts of classic influences. My favourite track so far is probably "Walken," but the whole this is growing on me.

A really beautiful record. I've had a copy for a while and it has really grown on me. I went through a period of about a week where I was playing nothing else. It's definitely low key, and even at times gentle, but it's really charming. It seduces you without you realising it. The bonus DVD is a great watch.
Currently waiting for the 180g vinyl.
Surprisingly adequate chit-chat about music - Just Played
Top

regina spektor, and ramble on

hey otis - that song Better has gotten TONS of airplay around here (Boston) - so much so that i am kinda sick of it, though it's a great song.

i'm just so TIRED of it. i have the local 'alternative' station on my clock radio to blast me outta bed in the morning, and i SWEAR they play the same damn five songs every morning. and something by pearl jam.

and why can't i like modest mouse? there's johnny marr, yay, but the rest of it? blech. at least what gets airplay.


right now i'm listening to the tippy tip of keyboards.
... name the stars and constellations,
count the cars and watch the seasons....
Top

I find her songs work their way into your head one by one. Last week it was Better, this week it's Samson. I just can't stop it in my head. Yeah, you can get sick of them with too much exposure, but I do think she's a fantastic talent and very refreshing as a complete prospect compared to lots of limited types.

Talking of which, the Wilco review seems to be getting pretty lukewarm reviews over here. Only kidding, but for me it's gotta be pretty brilliant before the voice of Tweedy stops being the voice of tedey! Then again, I liked the last one well enough, despite not being ever able to remember its title. I just think of it as 'the one with the white egg on'. Same with Regina, what exactly is hers called? Something with 'hope' in it. Why can't these people think of more memorable titles?

Finishing on Regina, she's on Jonathan Ross this Friday. Watch her and swoon. Hope she's playing Samson. I suspect so as it's out as new single.
There's more to life than books, you know, but not much more
Top 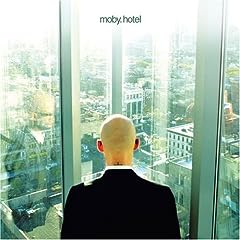 Disc 2. Ambient. Beautiful ambient music that is equally compelling as it is atmospheric and calming. This guy is a talented dude.
"The smarter mysteries are hidden in the light" - Jean Giono (1895-1970)
Top

Oh, and on the subject of the Wilco album, it's bloody annoying that they've done an independent stores only, exclusive disc for the US only. While it's a splendid gesture, and I'm only annoyed because I'm in the UK, it's still one of those things that would've been just as well received over here. Harrumph.
Surprisingly adequate chit-chat about music - Just Played
Top

Watching a bit of The New Middle Classes on BBC2 just now was like a skip through my vinyl collection: Sounds and Vision, Making Plans for Nigel, and a bit of the Young Marble Giants. I completely loved them back in the day, and was amazed to see they'd joined the reforming bandwagon with a gig at the Hay on Wye festival. And then blow me down if Domino don't then mail me this info:

In their short lifetime Young Marble Giants released one album and a handful of singles; the album, 'Colossal Youth' is one of the most definitive records of the post punk era. Becalmed, resigned and a little tense, 'Colossal Youth' created a new vocabulary for song.

Young Marble Giants made the abstract personal and the introspective warm and natural. Their influence filters through every generation from Nirvana to Belle & Sebastian, from Broadcast to todayâ€™s haunted electronic auteurs.

"On 2 July 2007 Domino are proud to rerelease â€˜Colossal Youthâ€™ and the Collected Works of Young Marble Giants, drawing together the bandâ€™s album and singles for the first time ever on a CD set. Including a 30 page perfect bound booklet, the limited edition initial pressings of the set will also include a third disc, which features 6 tracks the band recorded for John Peel in 1980, making it a complete package of Young Marble Giant's recorded tracks. This release will be available to pre-order very shortly.

Young Marble Giants will also incredibly be reforming after 27 years to play a very special show at this year's Hay on Wye Festival on 2nd July...more details about this festival below."

Another one for the list. When's Josef K: The Reunion going to happen?
There's more to life than books, you know, but not much more
Top 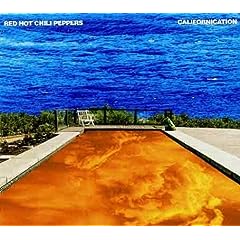 which is just perfect this morning.
Like me, the "g" is silent.
Top

I can't wait to have the whole freaking album.
Like me, the "g" is silent.
Top 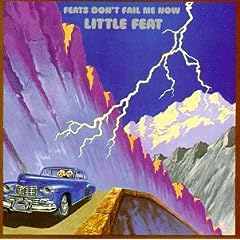 In Hot 'Lanta the last few days and I can't get the Feats out of my Heads. This may be their most revered studio effort, although I think "The Last Record Album" is their best studio record by a big toe.
"The smarter mysteries are hidden in the light" - Jean Giono (1895-1970)
Top

I've liked what I've heard of teh Pigeon Detectives, I will be getting their album when it is released next week. Also want to hear more of Pete & the Pirates.
signed with love and vicious kisses
Top

Josh Rouse and this album : 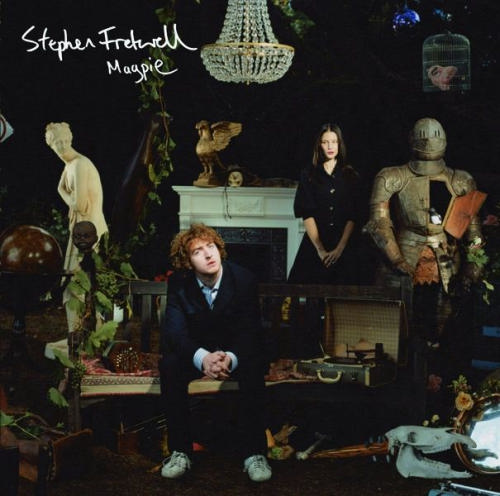 Return to “The Annex”